Home / Bitcoin (BTC) / Praxxis: why we need a quantum-proof cryptocurrency

Praxxis: why we need a quantum-proof cryptocurrency 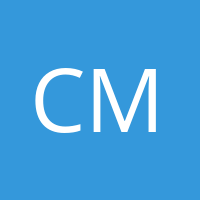 by
Christian Mäder
My articles My books
Follow on:
Summary:
Praxxis: Programmierer und Krypto-Legende David Chaum meldet sich mit einem neuen Projekt zurück. Foto: David Chaum an der Korea Blockchain Week, Foto zur Verfügung gestellt von D.FINE Bitcoin and most of its clones are based on elliptic curve cryptography. At the moment, this is considered secure, and it is unlikely that any computer can compute the matching private key from a wallet address. But according to current university theory, this will change with the arrival of quantum computers. Not only will quantum computers offer great performance, they will also be particularly well suited for this type of calculation. And if the Bitcoin algorithm is cracked, as you can imagine, all Bitcoins and their derivatives will become worthless 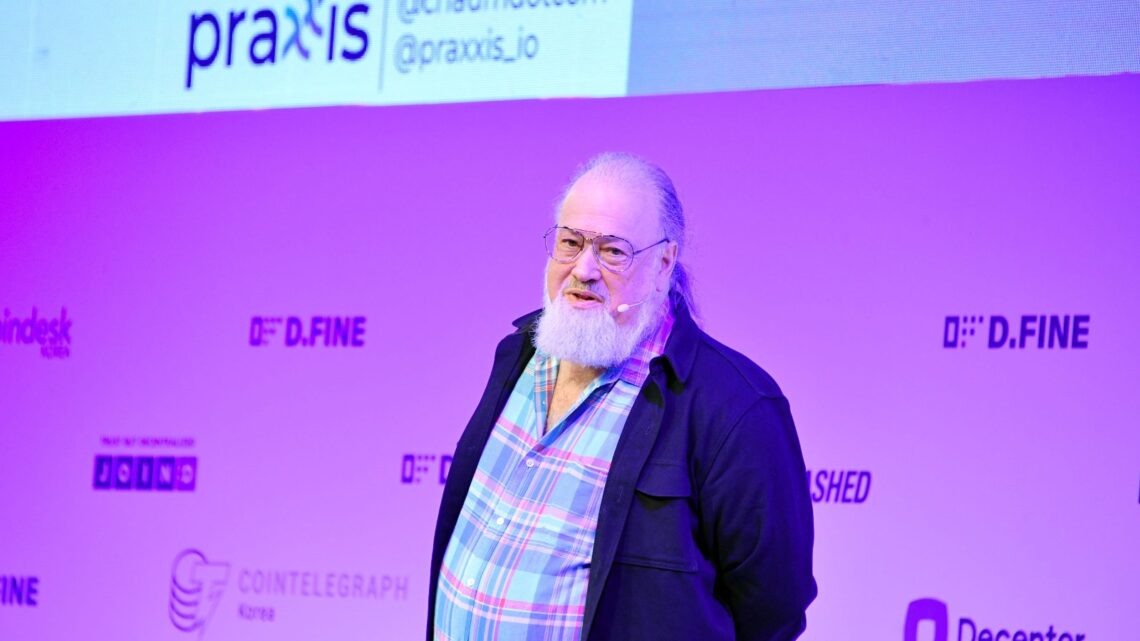 Bitcoin and most of its clones are based on elliptic curve cryptography. At the moment, this is considered secure, and it is unlikely that any computer can compute the matching private key from a wallet address. But according to current university theory, this will change with the arrival of quantum computers. Not only will quantum computers offer great performance, they will also be particularly well suited for this type of calculation. And if the Bitcoin algorithm is cracked, as you can imagine, all Bitcoins and their derivatives will become worthless almost overnight. 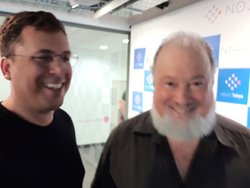 There are very few approaches to cryptocurrencies that are proactively based on stronger encryption. One of them is the new Praxxis digital currency and the Elixxir messaging system. Both concepts have been personally developed by David Chaum, a renowned cryptographer.

David Chaum – the father of all cryptocurrencies

David Chaum is the author of countless scientific articles on cryptography and holder of several US patents. Chaum created Digi Cash and eCash, early versions of digital cash. Perhaps his inventions were too far ahead of the curve, as none of them prevailed. They were, however, essential to the development of Bitcoin. Chaum presented parts of Bitcoin’s encryption technology as far back as 1982, as part of his dissertation. Chaum’s Digi Cash can safely be described as the first version of Bitcoin, and perhaps we would be using Digi Cash instead of Bitcoin today if Chaum had published his technology under open source licences. Chaum has named his vision of a new, digital currency Praxxis, and believes that it will be better than Bitcoin and Digi Cash put together: secure, decentralised, free of metadata and yet still scalable.

What advantages does Praxxis offer?

As mentioned, a high-performance computer or quantum computer would be able to crack Bitcoin’s encryption. Until recently, quantum computers existed only on paper. Just a few days ago, however, Google announced that it had developed its first, primitive version of a quantum computer. Heise.de went so far as to call it a “Sputnik moment” in information technology. But it will take years to become a fully operational quantum computer, and whether it will truly be able to crack the Bitcoin algorithm remains to be seen.  Nonetheless, the Praxxis platform is one of the first to use quantum-proof signatures.

Public blockchains and traditional digital means of payment such as credit cards can be easily tracked by outsiders such as corporations, private detectives, government agencies, etc. The Praxxis blockchain anonymises transactions and – most importantly – removes the metadata. Unlike other digital currencies, no data is stored.

The Praxxis network is geographically decentralised. In contrast to Bitcoin blockchain, Praxxis will be scalable. It also avoids the use of unnecessary computing power, as there is no mining. A consensus mechanism is used to process transactions. Thus, Praxxis also offers better performance than Bitcoin, and can even trump the VISA network when it comes to number of transfers.

At the moment, the project is being supported by private investors. Nobody knows what will happen next. Chaum has presented his idea at various conferences, but has not yet produced a white paper or rough concept; at least nothing has been published yet. Part of the technology already exists in the form of Elixxir Messenger. This is a messaging system developed by Chaum which enables people to send and receive messages anonymously and without metadata. Edward Snowden once said in one of his high-profile interviews:

Metadata reveals much more than the actual message itself.

Knowing who is communicating with whom, how often, and also collecting location data, etc. reveals much more about the people involved than the actual message itself.

Chaum wants to use his messaging system and the planned cryptocurrency to give people a slice of freedom. Freedom which often falls by the wayside when corporations and governments collaborate, store and evaluate data.

Chaum hopes that young programmers will share his vision and join his “xx collective” community to help with the programming of Praxxis.  According to the community’s website, they are looking for “local leaders” too. If Praxxis becomes the cryptocurrency of the future, getting involved now could pay off, as this know-how will be in demand. Chaum is literally developing his ideas and future cryptocurrency offshore, in a sandbox. Free from repressive regulation.  In a place where the new currency can grow in a limited but “real” live environment and develop resilience. After all, even digital currencies are subject to the laws of evolution – survival of the fittest coin.

My articlesMy books
Follow on:
Previous At 13,000 Locations, Korea’s Largest Convenience Store Chain Will Accept Crypto
Next Cryptocurrency Donations Without Limit to Politicians are Now Legal in Japan