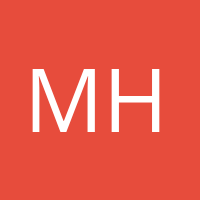 Don’t Transact With Bitcoin Until Changes are Made to Tax Code: Ark Investment Founder

Cathie Wood, the founder of Ark Investment Management, this week advised against Bitcoin investors using their holdings to transact.According to the current US tax code, investors must pay capital gains taxes not only when they convert their cryptocurrency to fiat but also when they use cryptocurrencies to pay for goods or services. While it is now possible to buy a Tesla with Bitcoin, users need to be aware of the taxes they could potentially face doing so.Cathie Wood. Source: BloombergWhat To Do With Gains?Earlier this week, Tesla founder Elon Musk announced that the electric car manufacturer would begin accepting Bitcoin as a method of payment for their vehicles. Billions of dollars have been made in the cryptocurrency space since Bitcoin’s most recent bull run, making many people very

END_OF_DOCUMENT_TOKEN_TO_BE_REPLACED

Meitu is a software development firm listed on the Hong Kong Stock Exchange, most known for its selfie-editing app. The app was massively popular in China before adding built-in filters and editors to major social media platforms.Since then, however, the company has struggled to find new avenues of growth. Now, the company is following other major corporations’ footsteps and buying cryptocurrency, not only because they believe the price will go up.Hundred-Million Dollar Buy-InToday, Meitu announced that they had made another cryptocurrency purchase, buying an additional $50 million worth of Bitcoin and Ether. According to the company’s figures, they now own 31,000 Ether and about 762.21 Bitcoins, totaling $90 million. This newest purchase came shortly after the company’s previous $40

END_OF_DOCUMENT_TOKEN_TO_BE_REPLACED

Peter Schiff tweeted today that his son, Spencer Schiff, went all-in on Bitcoin during the last drop below $50,000. According to his father, a full 100% of his portfolio is now invested in Bitcoin. The elder Schiff has been a long-time Bitcoin detractor. However, his child’s interest in cryptocurrencies may expose him to some new ideas.Selling Silver For BitcoinMany long-time followers of the cryptocurrency industry know Peter Schiff as a public Bitcoin bear, consistently in the news talking about it and other digital currencies in a generally negative light. Even as recently as December 2020, Schiff made the news trying to explain the decline in cryptocurrency prices. However, he admitted he had “got it wrong” about Bitcoin once it had hit the price of $50k per coin.My son @SpencerKSchiff

END_OF_DOCUMENT_TOKEN_TO_BE_REPLACED

This past weekend, the US House of Representatives passed President Biden’s $1.9 trillion stimulus bill, sending the piece of legislation to the Senate for a vote.Some of the notable parts of the bill include increased funding for vaccine distribution and schools, direct funding to state and local governments, and $1,400 checks to Americans making less than $75,000 annually. While this aid is desperately needed by the American people, it brings up larger points about the direction the financial system is headed.Sending out the ChecksDirect stimulus checks were one of the biggest campaign-promises from the Democrats during the Georgia Runoff Elections, and it seems that the US Government might be one step closer to delivering on that promise.The bill, which includes a minimum wage increase