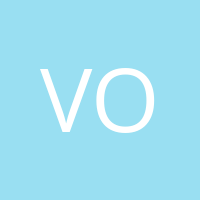 Ford to Debut Its Electric Mustang-Inspired SUV in November

Photo: FordNearly a year and a half ago, Ford embarked on a mission to invent its first peek of a Mustang-inspired electric. And after several attempts, it’s now prepared to show the globe what “Mustang-inspired” actually entails.The company announced that it would launch the electric SUV on 17th November just before the LA Auto Show.By now, little is known regarding the electric SUV that’s hitting the market year. Besides issuing frequent hints or teaser images. The latest launched webpage that offers crucial information like how the automaker, Ford is expecting an EPA projected coverage of at least 300 miles. However, the price, specs, and appearance will remain unknown until the official launch date, November 17.But so far, what’s in the public domain is that the company’s future, and

END_OF_DOCUMENT_TOKEN_TO_BE_REPLACED

Americans have stood the test of time by making the so-called “American Dreams” a reality. Not just ones, twice or thrice, but for several decades by producing the highest number of wealthy people globally.But according to the recent annual wealth survey conducted by Credit Suisse, America is in for a rude shock after China has overhauled them as the new residence of the growing population of wealthy people around the globe.There’re 99 million Americans among the 10% wealthiest individuals in the world, compared to 100 million Chinese.According to the report:“The rapid transformation of China from an emerging nation in the transition to a fully-fledged market economy.”Individuals in the top 10% of global riches accumulate at least $109,430 in personal savings. However, the United States is

END_OF_DOCUMENT_TOKEN_TO_BE_REPLACED

Photo: CoinsbitCoinsbit is an Estonia-based crypto exchange launched in 2018 and licensed for trading activities in the EU. The exchange has roughly 43 trading pairs of cryptocurrencies. The most recognized pays include BNB/ETH, BNB/USD, BNB/BTC, ETC/BTC, LTC/ETH, LTC/USD, ETH/BTC, ETH/USD, and BTC/USD.In a bid to remain relevant in the competitive crypto market, the company is introducing several essential services that will assist in differentiating the exchange from the stiff competition. Borrowers aren’t required to present their credit history and can receive cash while securing their confidentiality.A P2P lending service will allow microfinance, with consumers able to borrow and lend funds through the Coinsbit exchange. The platform also has an investment box service that rewards

END_OF_DOCUMENT_TOKEN_TO_BE_REPLACED

Germany Allows Huawei Into Its 5G Networks despite U.S. Pressure

The rivalry between the U.S. and Chinese telecoms giant Huawei continues to escalate beyond borders. But recently, the U.S government was beaten at his own game when Germany snubbed calls from her to hinder the firm in building its national 5G networks over national security issues.The latest development is a big blow to the U.S., which has been persuading its allies to eliminate Huawei from 5G infrastructure, purporting its existence in the network would encourage Chinese surveillance. Nations, including New Zealand and Australia, have so far expelled the firm from their domestic networks.Under Chinese law, companies can be pressurized to submit confidential data to the country if instructed to do so. However, Huawei has continuously rejected propaganda that its existence in the 5G

END_OF_DOCUMENT_TOKEN_TO_BE_REPLACED

The future seems brighter for the NASDAQ platform with the listing of Cryptoindex’s CIX100 index. Cryptoindex is one of the performing indexes for investors in the cryptocurrency ecosystem.This news is encouraging for the crypto market at large. Openings with such scale, particularly those of neuro-based projects, confirm that classical exchange networks are more than ready for innovation and reflect a massive acceptance that’s looming. Initially, the CIX100 Index was listed on TradingView, Bloomberg, and Reuters. Listing on Nasdaq is the last stage for Cryptoindex to be approved as a serious participant in the present crypto indices market.“Human-Free” Data As a crypto market benchmark, Cryptoindex aims to be the most useful entry point for newcomers and professional investors.

END_OF_DOCUMENT_TOKEN_TO_BE_REPLACED

The World Federation of Exchange (WFE), which is made up of the globe’s giant stock exchanges such as Deutsche Boerse, the London Stock Exchange, Korea Exchange, CME Group, and Nasdaq, has requested the Financial Conduct Authority (FCA) of the United Kingdom not to illegalize crypto derivatives for retail users.The WFE made the official announcement in reply to the financial regulator’s consultation document on potentially restricting crypto derivatives like Bitcoin futures as well as additional crypto-related items, originally issued in July. As a result, the WFE suggested that FCA create competent consumer protection.Suggestion to Create Competent RegulationsThe WFE stipulated various suggestions like the review of the restriction, reward of underlying market structure, and

END_OF_DOCUMENT_TOKEN_TO_BE_REPLACED

Coinbase, that is a well-known large crypto exchange based in the U.S., has taken a decision to reinstated GBP moves targeted at its UK users. This has become known from the recently published official blog post.The company has further incorporated full support for five brand new crypto assets: XRP, Stellar (XLM), Augur (REP), 0x (ZRX) and Basic Attention Token (BAT) – to GBP digital wallets as the firm reported on a material day. Successful Cooperation between Coinbase and Clearbank Last year, Coinbase had already begun GBP support after getting an e-money license for “traditional currency” control from the United Kingdom’s Financial Conduct Authority. On the contrary, it acquired access to the Faster Payments Scheme (FPS) in the UK by launching an account at Barclays, a renowned