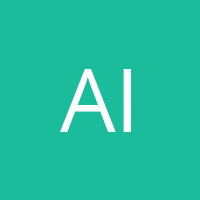 by
Anthonia Isichei
My articles My books
Follow on:
Summary:
Money transfer services giant MoneyGram will now allow customers to trade and hold some major cryptocurrencies using the company’s mobile app. The move marks an expansion to MoneyGram’s native crypto support as it previously enabled users to buy and withdraw Bitcoin in the United States. According to a press release on Tuesday (November 1, 2022). MoneyGram introduced a new feature that will allow customers to buy, sell, and store Bitcoin, Ether, and Litecoin. The company plans to add more crypto assets to its platform in 2023. This latest development was possible through a partnership with the crypto exchange Coinme. The ability to trade and hold crypto is available to MoneyGram customers in almost all U.S. states and the District of Columbia (DC). Today’s announcement

Chayanika Deka writes Meta Lost .7B on Metaverse Initiative in 2022

Andrew Throuvalas writes What’s Next for the Fed? Former Vice Chair Weighs In

The move marks an expansion to MoneyGram’s native crypto support as it previously enabled users to buy and withdraw Bitcoin in the United States.

“As a next step in the evolution of MoneyGram, we’re thrilled to provide our customers with access to a trusted and easy-to-use platform to securely buy, sell and hold select cryptocurrencies.”