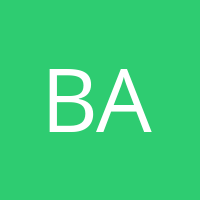 by
Bhushan Akolkar
My articles My books
Follow on:
Summary:
Looking for the next stock in the market which can ensure a better retirement for you? Ignore Tesla (TSLA) stock at your own risk!With a solid performance over the last two quarters, Tesla has sent shivers to its competitors in the automobile industry. In just the last six months, Tesla Inc (NASDAQ: TSLA) stock has jumped over 200% making it the second-largest global automobile after Toyota Motor Corp (TYO: 7203). And probably it could be a good reason to buy Tesla (TSLA) stock these days.The current market cap of Tesla is 129.52 billion. As for the TSLA stock price, it is falling now. It fell 2.91% on Friday to 3.48 and it is decreasing after hours. After hours it has lost around 1.81% and has dropped to 0.75.Several financial institutions are also betting big on Tesla’s future.

Bitcoin Defi Protocol Sovryn Gets Hacked for Over $1 Million

Looking for the next stock in the market which can ensure a better retirement for you? Ignore Tesla (TSLA) stock at your own risk!

With a solid performance over the last two quarters, Tesla has sent shivers to its competitors in the automobile industry. In just the last six months, Tesla Inc (NASDAQ: TSLA) stock has jumped over 200% making it the second-largest global automobile after Toyota Motor Corp (TYO: 7203). And probably it could be a good reason to buy Tesla (TSLA) stock these days.

Several financial institutions are also betting big on Tesla’s future. Many are even saying that Tesla could be the first automobile company to hit trillion-dollar valuations in the next decade. Well, the milestone is certainly much far from here, there no reason not to believe in it. Here are the top 5 reasons why Tesla (TSLA) could be a strong long-term bet for investors. With its market performance, Tesla has shunned off all its critics. Today, even the combined market cap of giants like General Motors Company (NYSE: GM), Ford Motor Company (NYSE: F), & Chrysler comes nowhere close to that of Tesla’s. With its massive expansion plans globally analysts have started paying close attention to the TSLA stock.

1. Ability to Address the Future Challenges

There’s no doubt into it that Tesla boss and CEO Elon Musk is a visionary! Elon Musk has been long betting on the future of electric-cars and has put all his financial muscle into it. Moreover, Tesla is not just a car company as we know. The company’s motto says: “Tesla’s mission is to accelerate the world’s transition to sustainable energy.”

This clearly shows Tesla is working on a cleaner and sustainable environment which is the need of the hour. Aligning its vision to the needs of the market, Tesla is well poised for sustainable growth. Besides, all Tesla models focus heavily on next-generation technology enhancements.

Combining its robust manufacturing practices with next-gen technology, Tesla has cemented its position in the automobile market. While other giants like Volkswagen AG (ETR: VOW3) and General Motors have joined the electric vehicle race, Tesla is clearly leading its way. And it means that the Tesla company may have a really bright future, it means that for those who decide to buy its stock now the future may be bright as well.

2. Model 3 Is a GameChanger

Tesla certainly changed the game with its Model 3 launch a few years back. Making an entry in the affordable pricing market, Tesla’s Model 3 certainly turned many heads. With Model 3’s affordable pricing, Tesla smartly tinkered with the middle-class mindset by getting them to contribute to a cleaner and greener environment. Needless to say, its no-compromise attitude with quality has got it this far!

Tesla bookings for the Model 3 skyrocketed soon after it launched. The good thing is the company has developed its manufacturing prowess to address the market demand. Earlier this year, Elon Musk inaugurated the company’s largest production facility in Shanghai. Dubbed as the gigafactory, Musk has promised to roll-out 500,000 Tesla cars by the end of 2020.

Besides, the automobile giant has recently raised $2.3 billion in common stock offering. So, many investors think that such a move as to buy Tesla (TSLA) stock is a good idea. If all goes well, Tesla plans to launch another gigafactory in Berlin, Germany, this year.

Earlier many automobile players criticized Elon Musk for his ambitious vision for Tesla. However, they all have to bite the dust at this moment. In 2017, Tesla managed just over 100,000 car deliveries generating $11.8 billion in top-line sales. However, its cash flow was still negative to the tune of $4.1 billion.

Just two years later by the end of 2019, Tesla’s Model 3 registered 367,000 deliveries. The company’s revenue has now doubled to $24.6 billion generating $1 billion in positive free cash flow. This itself speaks the company’s ability to rise from the abyss in such a short time.

“It’s hard to think of another company that has a more exciting product and technology roadmap. If you look back 10 years from today to 2010, we will produce approximately 1,000 times more cars in 2020 than we produced in 2010 and we have also Solarglass and solar retrofit and Powerwall, Powerpack, all those things too. So where we will be in 10 years, very excited to consider the prospect.”

4. Be Prepared to See Tesla Cybertrucks Hitting the Streets Soon

In fact, just within 24 hours of its unveiling, Tesla received 250,000 bookings raising $25 million in no time. Tesla has stopped putting its reservation tally, however, industry experts think that the figure has now gone anywhere 450,000 and 500,000 Cybertruck reservations. A report by CyberTalk.com states:

“Although Tesla has not published figures regarding the distribution of CyberTruck orders by region, this is a look at where the CyberTruck is most popular! It’s not surprising to see that California is the most popular state, but some of the others on the list might surprise you!”

Tesla will launch its Cybertruck just at a price point around $50,000 and these electric trucks will have a range anywhere between 300-500 miles. Many have, however, complained Tesla of launching an old-school model for the Cybertruck design. Explaining the reason, Musk said:

“We tried to build a product that is superior in every way without any preconceptions of how such product should look. We wanted it to look like something that just came out of the site of a movie set from the future.”

5. Tesla Is Way Ahead of Its Competitors in Technological Progress

As said, Tesla is not just about riding an electric car. It’s the riding experience which it brings for its users. As per the report by Japanese publication Nikkei Asian Review the Tesla Model 3 uses some of the most advanced electronic components. Even an unnamed engineer from the rival company looked at the Model’s 3 central control unit and said that his company was far-behind of Tesla.

Also, Tesla has been working intensely on its autonomous vehicle mission, it is still far away from it. But we can never doubt the ability of Tesla engineers considering the developments so far. In fact, several competitors are putting their cash in the way of having their autonomous vehicles on the street. But the scale at which Tesla operates is completely different.

Tesla spends almost nothing on advertising.

“Historically, we have been able to generate significant media coverage of our company and our products, and we believe we will continue to do so. Such media coverage and word of mouth are the current primary drivers of our sales leads and have helped us achieve sales without traditional advertising and at relatively low marketing costs,” says the company.

Bhushan is a FinTech enthusiast and holds a good flair in understanding financial markets. His interest in economics and finance draw his attention towards the new emerging Blockchain Technology and Cryptocurrency markets. He is continuously in a learning process and keeps himself motivated by sharing his acquired knowledge. In free time he reads thriller fictions novels and sometimes explore his culinary skills.

My articlesMy books
Follow on:
Previous Local Bitcoins Exchange Has Hit a Huge Snag
Next Analysts: Bitcoin Isn’t Dropping Due to the Coronavirus