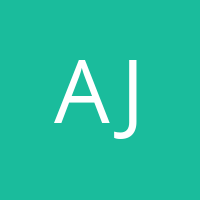 Bitcoin cash price is trading in an uptrend above $255 against the US Dollar. BCH/USD is likely to clear the $270 barrier as long as it is above the $250 pivot level.

Earlier this week, bitcoin cash price extended its rise above the $260 level against the US Dollar. BCH even traded above the $265 level, but it failed to surpass the $270 resistance zone.

A high was formed near $269 before there was a sharp downside correction. It broke the $255 level and even spiked below the $250 support. However, the price bounced back above $250 and remained well above the 55 simple moving average (4-hours).

It traded above the 50% Fib retracement level of the downward move from the $269 high to $242 low. It is now trading nicely above the $255 level. There is also a major bullish trend line forming with support near $254 on the 4-hours chart of the BCH/USD pair.

On the downside, the key support is near the trend line and $255. Any further losses may put the $250 support at risk. The next major support is seen near the $245 level and the 55 SMA.

Looking at the chart, bitcoin cash price is clearly trading in a positive zone above the $255 level. As long as there is no close below the $250 support, the price is likely to accelerate higher above the $270 level.

4 hours MACD – The MACD for BCH/USD is currently gaining momentum in the bullish zone.

4 hours RSI (Relative Strength Index) – The RSI for BCH/USD is now well above the 50 level.

My articlesMy books
Follow on:
Previous Adam Back: I Am Not Satoshi Nakamoto
Next Black Swan Author Nassim Taleb Closes His Coinbase Account

Adam Back: I Am Not Satoshi Nakamoto