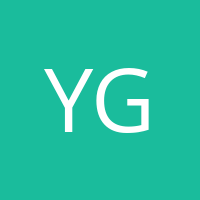 by
Yuval Gov
My articles My books
Follow on:
Summary:
Kevin O’Leary, who recently allocated 3% of his portfolio in BTC, has no plans to sell his coins anytime soon, the millionaire told CryptoPotato in a recent exclusive interview. He also noted that 2021 is a pivotal year for Bitcoin as more and more institutions are looking to enter the space but are wary of energy consumption concerns. Kevin O’Leary during Bitcoin 2021 Conference. Image by: CryptopotatoO’Leary In Bitcoin For The Long Run The 66-year old O’Leary is a businessman, author, politician, and perhaps best known for his participation as one of the hosts in the reality TV show Shark Tank. The millionaire has recently changed his mind on bitcoin and allocated 3% of his portfolio to the primary cryptocurrency. During Bitcoin 2021 conference in Miami, which became the

George Georgiev writes The Vasil Hard Fork: Will It Be a Turning Point for Cardano?

Kevin O’Leary, who recently allocated 3% of his portfolio in BTC, has no plans to sell his coins anytime soon, the millionaire told CryptoPotato in a recent exclusive interview.

He also noted that 2021 is a pivotal year for Bitcoin as more and more institutions are looking to enter the space but are wary of energy consumption concerns.

O’Leary In Bitcoin For The Long Run

The 66-year old O’Leary is a businessman, author, politician, and perhaps best known for his participation as one of the hosts in the reality TV show Shark Tank. The millionaire has recently changed his mind on bitcoin and allocated 3% of his portfolio to the primary cryptocurrency.

During Bitcoin 2021 conference in Miami, which became the largest-ever Bitcoin event, CryptoPotato had the chance to speak with the prominent investor about his views on the industry and BTC in particular.

Just a few days before the conference started, Bitcoin had concluded May, which had been the second-worst month for its price in its 11-year history. The monthly high touched the $60K mark on May 10, only to crash 50% just nine days later, on May 19.

O’Leary isn’t worried about it at all:

He even mentions the benefit of the asset’s extreme volatility, as he has put his bitcoins to work on various DeFi projects that earn him even higher interest due to the increasing volatility.

Musk Was Pressured By Tesla’s Shareholders

A big part of the latest volatility of bitcoin’s price came after Elon Musk started tweeting about it. Most recently, Musk addressed the ESG issues of the mining process. Consequently, Tesla dropped BTC as a payment method, causing a plunge in its price.

“ESG is not going away. Elon was pressured. I believe, by his shareholders of Tesla to speak out about this because they live with sustainability committees and they’re not on the side with Bitcoin being used as a currency to buy Tesla cars. And so they probably pressured him to make the statement he made.” – Said O’Leary.

However, O’Leary also said that he understands why Tesla’s founder would do it. “After all, his car company (Tesla) is more valuable than the Bitcoin he has.”

When asked if he is worried that one tweet can impact the price of bitcoin, sometimes even by more than 10%, as it often happens when Musk tweets, O’Leary replied that he is not concerned.

“I don’t really care who tweets what. I’ve made a binary decision to own Bitcoin. Now I have to decide what allocation and I’ve decided for now 3%. What happens after that? I don’t care. And if it’s going to be volatile because of Elon Musk’s tweets or somebody else’s tweet, go ahead.”

ESG or When Institutional Money Will Come To Bitcoin

BTC’s ESG issues caught the world’s attention after Elon Musk cited them as the reason why the EV-maker he runs, Tesla, disable bitcoin payments for its products. Since then, the topic has become widely discussed with many trying to find the solution, including the formation of the Bitcoin Mining Council, in which Musk and Michael Saylor had a vital role.

Although in the past year or so, numerous institutions announced their entrance into the BTC space by enabling various bitcoin-related services or purchasing substantial quantities of the asset, O’Leary actually believes that more large organizations are preparing to come on board.

But, this could only happen once the ESG issues of bitcoin mining are resolved:

“You can’t just burn coal to make Bitcoin. That’s not okay. And so that’s, what’s going on and a large part of the world. And this has to stop if you want institutions.

The reason we got to solve it is if the institutions come in, the price of Bitcoin is going to quadruple and that’s what we all want. […] When ESG issues on Bitcoin mining will get solved, which I think it will be, we’ll see happen is a large amount of trillion dollars’ worth of managed money (institutional) coming into buying the asset.”

Consequently, he added that such a development of this kind would potentially increase the price of bitcoin significantly.

No Other Coin Will Replace Bitcoin

Speaking about institutional money and other cryptocurrencies, such as Ethereum, O’Leary has a strict opinion.

“The institutionals are interested in Bitcoin as a property. That’s the gold standard of digital currency. You can debate why it is. It just is nothing else is going to replace it.

Ethereum may not be as sustainable as people think because there’s other chains that may be more efficient in terms of transaction speed than Ethereum. So, I think there’s a lot of risks there.”

Bitcoin ETF in the US: Need a Few More Years

On the topic of if or when the US Securities and Exchange Commission (SEC) will approve a Bitcoin ETF in the country, O’Leary warned that it might take at least a few more years.

“I think it’s going to be a while, maybe a couple more years before the regulator allows ETFs here.

There’s a bunch of concerns: Sustainability is one of them fungibility around nefarious activity, criminal activity. That is, you blame that on Bitcoin, but US dollars are used for nefarious activity too. So the idea that it’s just Bitcoin doesn’t really make sense.

Bitcoin has also gotten a bad reputation lately because of the wide spread of hacks, as hackers demand paying them in cryptocurrencies. Some people assume it’s Bitcoin, they’re out there going after it.”

On the contrary, the Canadian-born businessman outlined that his home nation has already approved a few exchange-traded funds tracking the performance of Bitcoin. Those products are already live on some Canadian exchanges, and he noted that American investors can get a piece of the action as well across the border.

Additionally, O’Leary believes the approvals in Canada are a good signal that the US will eventually follow suit as the world’s largest nation by nominal GDP wouldn’t want to trail behind.