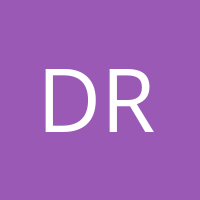 by
Daria Rud
My articles My books
Follow on:
Summary:
The article provides an explanation of how the U.S. Federal Reserve devalues dollars by printing them in huge amounts and saves corporations for the money of taxpayers.Nobody expected a sudden collapse of the global economy this year. Production and consumption volumes have fallen to incredibly low levels, and Goldman Sachs analysts predict in the second quarter of 2020 GDP contraction will make up 24%. Such a discouraging forecast contradicts central banks’ vision, and to handle the situation, they come up with a similar decision: to print money. Calling this initiative like “Coronavirus Stimulus Package”, they print dollars, euros, pounds, etc. But the consequences of this panacea are controversial. Let us see what can happen in the example of the U.S. Federal Reserve.Federal Reserve,

Bitcoin Defi Protocol Sovryn Gets Hacked for Over $1 Million

The article provides an explanation of how the U.S. Federal Reserve devalues dollars by printing them in huge amounts and saves corporations for the money of taxpayers.

Nobody expected a sudden collapse of the global economy this year. Production and consumption volumes have fallen to incredibly low levels, and Goldman Sachs analysts predict in the second quarter of 2020 GDP contraction will make up 24%. Such a discouraging forecast contradicts central banks’ vision, and to handle the situation, they come up with a similar decision: to print money. Calling this initiative like “Coronavirus Stimulus Package”, they print dollars, euros, pounds, etc. But the consequences of this panacea are controversial. Let us see what can happen in the example of the U.S. Federal Reserve.

For a start, the U.S. Federal Reserve has a monopoly on making dollars, both paper and digital. It does not just print notes like a mint but provides freshly minted dollars on credit. For instance, the Federal Reserve buys bonds from the U.S. government, promising to repay the debt with interest later. The government uses the debt to finance its programs including those on saving the banking system and returns the debt from the budget. The budget is filled by people who pay taxes.

In other words, all those paying taxes to the U.S. Treasury are the debtors of this private “printing office” and the sponsors of the mysterious shareholders. The world owes the Fed all the existing dollars, plus another 6%. This is a specific nature of credit money.

By the way, the Federal Reserve can by any debts, in particular, it purchases mortgage-backed securities. Currently, the worth of them in the books of the Fed is $1.37 trillion. These securities are backed by houses of people who pay mortgage loans. Considering an average American house costs $250,000, that’s 5,480,000 houses. As a matter of fact, all of them are the property of the Fed. And soon people will not be able to pay for them. This conclusion comes from the unemployment growth in the U.S. which has reached a record of 6,650,000 benefit requests in the first month of quarantine.

The inflation rate depends on the money supply and money velocity. Spick and span, these two markers grow steadily, and the inflation increases slowly, about 2% per year. But it is impossible to always keep inflation at the desired level. It is especially perceptible during a crisis when people tighten their belts and reduce spending. Production and consumption are falling, profits are low, while unemployment is growing and the economy is contracting. The money velocity rate decreases and deflation begins. Currency price rises, people are unwilling to spend it and invest, which creates a negative feedback.

Central banks are trying to fight deflation by creating inflation. But they can have a direct impact on one of its components only. Central banks are able to increase the money supply by printing currency, however, they can not make people spend more money in order to increase the speed of money velocity. This is beyond banks’ power, as people’s decisions are the result of human psychology.

As for the Federal Reserve, it is good at increasing the money supply, but it can not influence the money velocity that has been decreasing for over 20 years. This means money circulation in the country is slowing down. People are making fewer big-budget purchase and put money on saving accounts more actively.

Quarantine has made matters even worse. All the fluid assets — shares, bonds, precious metals, cryptos — are converted into dollars. People need safety, and dollars give them this feeling. The demand for this currency has rapidly grown, making the dollar rise in price against all assets and currencies.

However, the Fed does not need a strong dollar. Therefore, the Federal Reserve has decided to mint as many dollars as possible and devalue them. In general, people like this approach, as stock markets are growing faster than the inflation rate.

Does the Fed Save Middle Class?

Bankers are positioning themselves as economy rescuers, but in fact, they do not offer a helping hand to the middle class. Giving out money to private individuals for free, Federal Reserve representatives say they have an unlimited amount of cash left and they will do everything possible to make people feel safe. They don’t mention that this money is not for people but for corporations and banks — institutions that ventilate the lungs of the American economy.

For example, airlines have asked for $50 billion from the government. They spent all their profits to repurchase their shares to increase quotes, please investors and justify bonuses for management. And the government will give them this money, partly as a loan with a symbolic interest rate, partly as a disinterested aid. Besides, the authorities will cut taxes for them.

The aim of the Fed, as of any other central bank, is to divide people into classes and widen the gap between them. Those being close to the dollar printer have a choice. They have access to billions of cheap cash and can buy fixed assets at low prices. They can conduct any financial policy in their companies, speculate on the stock price, and even ask for money from the government. And the Fed, of course, will offer support on extremely favorable conditions.

Those Americans who are far from the printer will receive $1,200.

“This is a very important day.  I’ll sign the single-biggest economic relief package in American history and, I must say, or any other package, by the way.  It’s twice as large as any relief ever signed.  It’s $2.2 billion, but it actually goes up to 6.2 — potentially — billion dollars — trillion dollars.  So you’re talking about 6.2 trillion-dollar bill.  Nothing like that.  And this will deliver urgently needed relief to our nation’s families, workers, and businesses.  And that’s what this is all about.”

The rest of the world will see a jump in consumer prices, the depreciation of national currencies and a reduction in salaries and pensions.

Recently, the U.S. government, along with the Federal Reserve, hired the largest funds and asset manager BlackRock to help buy corporate debt for investment funds. BlackRock that manages assets worth over $8 trillion will also buy back its own companies. Indeed, BlackRock will save itself for the money of future generations of taxpayers.

Notably, this way of events’ development is similar to the 2008 scenario. At that time, the government allocated $700 billion for a troubled asset repurchase program (TARP) to preserve the solvency of banks. And instead of unsettled mortgage loans, banks had billions of dollars on their balance sheets. Companies spent this money on bonuses for management, and taxpayers had to pay for everything. Nowadays, the scale of this scheme will be much more massive.

This financial policy is quite dangerous. It can have unpredictable consequences, right down to the collapse of the banking system and economy.

Daria is an economic student interested in the development of modern technologies. She is eager to know as much as possible about cryptos as she believes they can change our view on finance and the world in general.