by
Bitcoin Schweiz News
My articles My books
Follow on:
Summary:
Swiss Cyber Security Days Zusammenarbeit mit dem WEF Center for Cybersecurity (c4c) und renommierte Referenten an der Ausgabe 2020 American Edward Snowden, the world’s most famous whistleblower, will be the special guest speaker at Swiss Cyber Security Days (which take place on Wednesday 10 and Thursday 11 March 2021). The former CIA and NSA contractor who, in the summer of 2013, exposed the scale of US and UK intelligence agencies’ massive global surveillance and spying operations, will be speaking live from Moscow on 11 March about the technologies and practices that non-governmental agencies are also, now, increasingly using and that have created ‘the most effective means of social control in the history of our species’. Edward

The Latest Crypto Adoption: Buyers Can Pay in Bitcoin for Manhattan Retail Properties

3 Reasons Why Bitcoin Can Reach $100K This Year, According to Bloomberg Senior Analyst 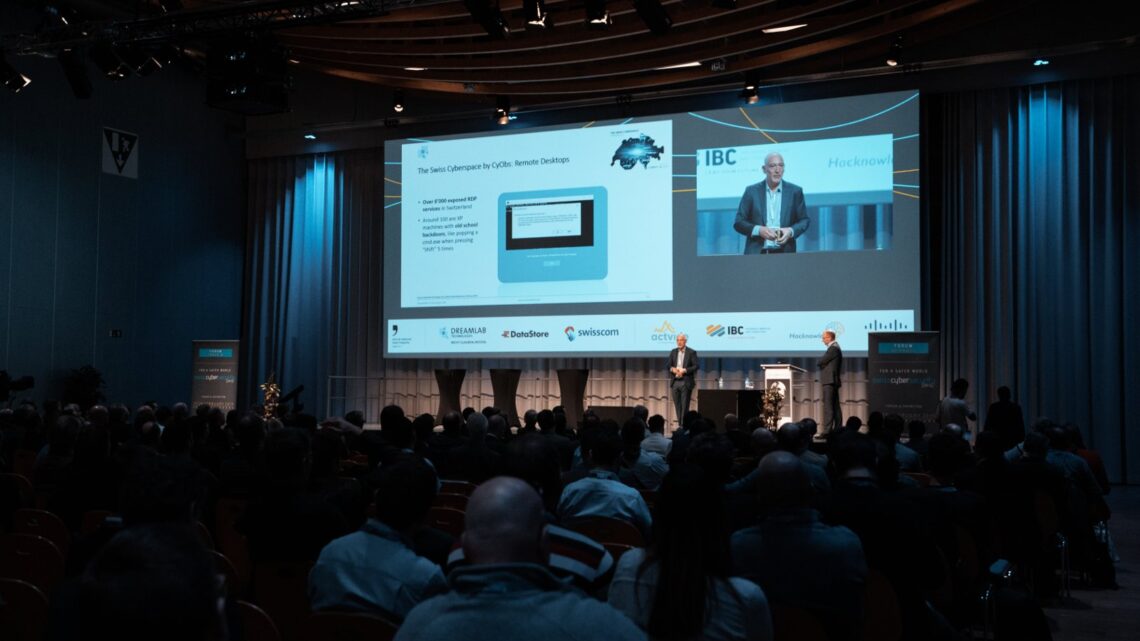 American Edward Snowden, the world’s most famous whistleblower, will be the special guest speaker at Swiss Cyber Security Days (which take place on Wednesday 10 and Thursday 11 March 2021). The former CIA and NSA contractor who, in the summer of 2013, exposed the scale of US and UK intelligence agencies’ massive global surveillance and spying operations, will be speaking live from Moscow on 11 March about the technologies and practices that non-governmental agencies are also, now, increasingly using and that have created ‘the most effective means of social control in the history of our species’.

Edward Snowden’s involvement in the event is a massive coup for Swiss Cyber Security Days (SCSD). In his 2019 autobiography Permanent Record, the whistleblower, cybersecurity expert, former CIA officer and National Security Agency (NSA) consultant Edward Snowden recounts how he risked everything to expose the US government’s mass surveillance system. Nicolas Mayencourt (SCSD program director) emphasizes Edward Snowden’s impressive illustration of how, in recent decades, the internet has become a government surveillance tool, contrary to its original promised purpose. ‘We’d like to hear Snowden’s take on the last decade’s developments, what he believes needs to be done to get back on track with the internet’s original purpose, and whether there’s any chance of that happening,’ says Mayencourt, explaining the whistleblower’s involvement.

One of the most passionate and authoritative voices on data privacy and cybersecurity, Snowden continues to warn of the growing threats of our digital age. In a live feed from Moscow, he’ll talk about technologies and practices that have created the most effective means of social control in the history of our species’. ‘Everything we do now lasts forever – not because we want to remember but because we are no longer permitted to forget,’ he says, alluding to the central theme of Permanent Record. ‘Helping to create that system is my greatest regret.’

The whistleblower left the world reeling in the summer of 2013 when he broke away from the intelligence establishment and revealed that the US government was pursuing an unprecedented system of mass surveillance that had the potential to log every single phone call, text message and email of every person on Earth. Fearing arrest, he fled to Hong Kong, where he held clandestine meetings with journalists from The Guardian newspaper and filmmaker Laura Poitras. Ms Poitras went on to win an Academy Award for her documentary ‘Citizenfour’. Snowden was also the focus of the critically acclaimed Oliver Stone film ‘Snowden’.

The Guardian and The Washington Post were awarded a Pulitzer Prize for public-service journalism in recognition of their reporting on the NSA leaks. Snowden considered this honour ‘a vindication’ of his efforts to bring the secret surveillance programmes to light. He himself has received numerous accolades for his public commitment, including the Right Livelihood Award, the German Whistleblower Prize, the Ridenhour Prize for Truth-Telling and the International League for Human Rights’ Carl von Ossietzky Medal. He currently serves as the president of the Freedom of the Press Foundation’s Board of Directors.

Since being granted asylum in Russia, Snowden has remained in the headlines as a passionate and authoritative advocate of privacy, civil liberties and cybersecurity during what he calls ‘the greatest redistribution of power since the Industrial Revolution’.His revelations caused both the US and UK governments to challenge their surveillance laws in court, leading to new laws in both countries. Internet companies have responded to public outrage over privacy concerns by making encryption standard practice. Snowden continues to raise the alarm about mass surveillance and data collection activities undertaken by both governments and corporations.

In addition to guest speaker Edward Snowden, key decision-makers and experts in the field of cybersecurity will gather on 10 and 11 March for Swiss Cyber Security Days (SCSD) – the most important cybersecurity event in Switzerland. Ueli Maurer (Federal Councillor), Thomas Süssli (Chief of the Swiss Armed Forces), Didier Tisseyre (Commander of Cyber Defence in France) and numerous organizations, such as Interpol, the WEF, the Geneva Centre for Security Policy and the CyberPeace Institute will all be in attendance over the two days dedicated to national and global cybersecurity. The all-virtual 2021 edition of the event will focus on global hacking and national sovereignty, with SME security as a key theme on 11 March.

‘SCSD365’ (www.swisscybersecuritydays.ch), the new interactive online platform, allows attendees of Swiss Cyber Security Days to interact with the speakers and the numerous exhibitors and partners live. The presentations can be viewed on-demand in the months that follow. Access to the keynote and expert track presentations on live and replay streams is available for a fee. Two dozen best-practice presentations and contact with virtual exhibitors will be available free of charge.

As the Swiss platform for cybersecurity, Swiss Cyber Security Days (SCSD) has set itself the goal of showcasing essential topics that cover the relevant cyber challenges in our society. Politics, the economy, education and research are all in the spotlight. All stakeholders should make their way to the national platform for information exchange, inspiration and meetings with the leading experts in cybersecurity. SCSD focuses on the core values of transparency, knowledge transfer, open communication and discussion.