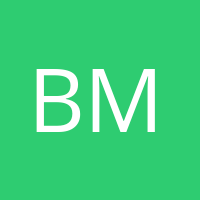 What are Layer 2 Scaling Solutions?

Blockchain’s moon race is on as the ecosystem grapples with developing scalability solutions to meet demand without sacrificing security or decentralization – the classic blockchain trilemma.
The rapid growth in decentralized finance, NFTs, and gaming has seen adoption congest the Ethereum network, in particular, leading to bottlenecks and high transaction fees given its capacity for processing only a few transactions per second, rendering many dApps usable at times.
Ethereum’s transition to a proof-of-stake sharded network may alleviate some of that pressure on layer 1, with sharding splitting the Ethereum network into new chains or shards to spread the load, reducing congestion, and increasing transactions per second.
However, given full deployment is still years away

END_OF_DOCUMENT_TOKEN_TO_BE_REPLACED

[Featured Content]
It has been over 10 years since Bitcoin reached the open world and advanced blockchain further. So far, the technology has reached mainstream users and many businesses and government officials have already considered the benefits of using it in a long list of industries ranging from agriculture and real estate to healthcare and voting.
Consequently, dozens of new projects are popping up each year, competing against each other in the somewhat futile task of developing the “best” blockchain. These projects often emphasized the supposed market availability of their product, arguing that it is secure, scalable, and overall, outperforming a supposed rival.
Regardless of whether the characteristics they claim to have are true or not, these projects represent

END_OF_DOCUMENT_TOKEN_TO_BE_REPLACED

6 Upcoming Initial DEX Offerings (IDOs) to Watch in May 2021

Initial DEX Offerings (IDOs) are one of the hottest topics in crypto over the past couple of months. This has led to the creation of multiple IDO launchpads, which are platforms where teams are able to raise funds by selling some of their native tokens to the general public.
Shortly after the public sale stage, the projects usually list their token – mainly on the leading DEX platform Uniswap.
There are plenty of projects going on, but we’ve shortlisted some to watch for in the current month of May, which appear to have solid foundations, serious investors and VCs behind, and large communities backing them up.
Before we dive into the projects, if you would like to know more about what are IDOs and how to invest in them, please refer to our IDO guide.
PolkaRare
PolkaRare

END_OF_DOCUMENT_TOKEN_TO_BE_REPLACED

NFTs and Taxes: What You Should Know

While many are just trying to wrap their head around what NFTs are, crypto art sales have boomed in the last couple of weeks. NFTs, or non-fungible tokens, have created a vast new market of blockchain-based digital assets to buy and sell.
However, most buyers and sellers are probably not aware of what that might mean in regards to NFTs taxation. This topic is especially important in the light of the tax proposal made by US President Joe Biden.
How are NFTs taxed in the United States?
Suddenly a lot of people know what NFTs are. And as soon as something becomes popular, you know it’s going to be pricey.
Now let’s discuss how to calculate NFT taxation in the United States: How taxes work depends on how you’re involved with NFTs. You can create and sell NFTs in one of the

END_OF_DOCUMENT_TOKEN_TO_BE_REPLACED

[Featured Content]
It is no secret that the crypto sphere has become a hotbed for illicit activities, such as money laundering, and you may not want to be in the same club as these kinds of users. However, you can assume that not all banks and financial institutions that are supposedly reputable are innocent, and not all digital exchanges are bad.
The crypto industry is often criticized for being a breeding ground for illicit activities. According to a Chainanalysis report, the numbers are not as bad as you would expect. According to their report, only 1.1% of all cryptocurrency transactions are illicit. This was not always the case though, in its infancy Bitcoin was heavily linked with the Silk Road, which is an online darknet marketplace, offering visitors the chance to

END_OF_DOCUMENT_TOKEN_TO_BE_REPLACED

After Tesla: Is Apple Eyeing Bitcoin? What We Could Expect to See Next (Opinion)

It’s official – 2021 is the year of institutional cryptocurrency. While banks including Goldman Sachs and Deutsche Bank rush to expand into cryptocurrency services for their clients, firms such as MicroStrategy and Tesla are scooping up BTC worth billions to add to their balance sheets.Now, speculation is rife that Apple may be next, with Tim Draper including the Cupertino tech giant on his list of firms likely to make a move into crypto. But how likely is it?BTC As a Store of WealthAs a tech firm, Apple could find multiple routes into the cryptocurrency markets. One is to emulate Tesla and MicroStrategy and simply add some Bitcoin to its treasury reserves.The company is one of the most cash-rich among all US companies, with nearly $200 billion in stockpile according to its 2020

END_OF_DOCUMENT_TOKEN_TO_BE_REPLACED

RookieXBT: The Crypto Trader Who Turned $35K Into $1.6 Million In 9 Months

The internet is full of stories of people shelling out insane amounts of Bitcoin, Ether for banal, everyday things like buying pizzas, watches, smartphones when they were valued at just a fraction of what they are today, however, rarely do we come across a success story where an individual is able to increase their crypto wealth eightfold within a matter of months.Meet RookieXBT, the pseudonymous trader who over the latter half of 2020 has been able to transform his savings of around $30,000 — which at the time were around 5 BTC — to a whopping 40+ BTC, all from the comfort of his parents’ basement.What’s more is the fact that the entire accumulation process happened publicly, with RookieXBT showcasing all of his transaction details online, thus making it possible for anyone to verify his

END_OF_DOCUMENT_TOKEN_TO_BE_REPLACED

Polkadot, the interoperable blockchain protocol spearheaded by Ethereum co-founder Gavin Wood, has announced its forthcoming parachain launch.Parachains – application-specific blockchains that connect to the main network and benefit from its security and computing capacity – are viewed as the building block of Polkadot’s ecosystem. Initially, the plan was for 100 parachain slots, with an auction process determining who gets to ‘lease’ parachains for defined time periods.However, according to a blog post published by the team on February 25, some slots will be made available for ‘governance-allocated parachains,’ also known as common good parachains. These common good parachains have been conceived to address the so-called “free rider” problem, wherein parachains can forgo contributing to

END_OF_DOCUMENT_TOKEN_TO_BE_REPLACED

Cosmos Chains Can Evolve Into Polkadot Parachains Thanks to New SDK

Cosmos developers will be welcoming the news that their chains can now connect with Polkadot’s Substrate network of parachains with minimal effort.Until now, projects elected to build on Cosmos would have been forced to remain there, given the costs and time associated with migrating to a different blockchain and rebuilding from scratch.A new SDK from Adoriasoft promises to provide painless chain-switching on-demand, allowing Cosmos chains to be repurposed as Polkadot parachains. Not only will Cosmos projects that make the switch be able to capitalize on Polkadot’s enviable network effects and developer community, but they will be freed from the burden of securing their own chain, which will be projected by Polkadot’s Relay Chain.Polkadot Parachains as a ServiceThe Cosmos SDK Parachain

END_OF_DOCUMENT_TOKEN_TO_BE_REPLACED

There have been various fundraising mechanisms in the cryptocurrency space that gained and then fell out of popularity over the years.Starting with ICOs (initial coin offerings), moving to IEOs (initial exchange offerings), and now IDOs (initial DEX offerings), the way in which projects raise funds has continued to evolve.Although currently ICOs are almost unheard of and IEOs are taking place much less frequently, there have been quite a few projects that got their starts as IEOs and have become massively successful. For example, Elrond and Matic both now have market caps in the hundreds of millions of dollars, Elrond over $500 million, and communities that genuinely believe in the project and help it grow.Meet CartesiThese projects are fundamentally different from one another, but one

END_OF_DOCUMENT_TOKEN_TO_BE_REPLACED

2020 has been an interesting year, to say the least. The cryptocurrency field, in general, witnessed tremendous growth.The total market cap surged from $340 billion in January to a new record of over $800 billion at the time of this writing, more than doubling its value.The growth in decentralized finance (DeFi), however, is even more substantial. Data shows that there’s currently more than $15 billion total value locked in DeFi protocols – an increase upwards of 2500% since March.With the growing interest in the field, however, there have been plenty of ‘bad actors’ scamming investors out of their money. DeFi is far more technical and harder to understand compared to traditional crypto, allowing hackers to exploit untested and unaudited protocols, as well as to create scam projects,

END_OF_DOCUMENT_TOKEN_TO_BE_REPLACED

Elon Musk Tweets About Bitcoin: A Closure To Another Tweet From January?

Bitcoin has become a part of the mainstream media. While it might have been odd to tweet and discuss bitcoin a few years back, throughout the past few months, we saw a growing number of some of the most influential figures and companies talk about it.Elon Musk is a veteran Bitcoin commentator, and he’s also known to comment on some other cryptocurrencies, though it’s been a while since he last tweeted something about BTC.Today, at the peak of a calm weekend, Musk tweeted the following:Bitcoin is my safe word— Elon Musk (@elonmusk) December 20, 2020Immediately after his tweet, bitcoin’s price spiked almost $200 to $23,800, which was the former all-time high set on Thursday.Twenty minutes later, and Musk tweeted a reply to his original tweet, stating that he was “Just kidding, who needs a

END_OF_DOCUMENT_TOKEN_TO_BE_REPLACED

AAX Exchagne has revealed that it is to roll out support for 11 fiat currencies this month, allowing users to deposit and withdraw funds via bank transfer. At the same time, it’s integrated the newly added currencies into its multi-currency wallet alongside USDT. The news will be welcomed by AAX users who have lacked a direct onramp until now and will bolster the platform’s efforts to onboard another half a million users.The currencies that AAX has declared support for are among the most popular in the world and are the de facto fiat pipelines that fund the crypto sphere.The exchange has announced that it will presently support the Australian Dollar (AUD), Canadian Dollar (CAD), Chinese Yuan (CNH), Swiss Franc (CHF), Euro (EUR), and British Pound (GBP).Besides, it will add support for the