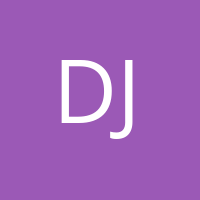 by
Daniel Joe
My articles My books
Follow on:
Summary:
Global risk-off, uncertainty over Evergrande’s debt crisis, and large liquidations have been pressuring Bitcoin lately. The near-term chart may look bearish, but the fundamental and on-chain trend remain firmly bullish, making this pullback a potential buying opportunity. In just over two weeks, BTC fell from a high of .9k to a low of .5k, mainly driven by massive liquidations in derivatives and panic selling from younger coins. It’s easy to look at the chart with a bearish bias considering the deep retracement and fear in the market. Still, the trend in fundamentals and on-chain metrics shows the underlying strength in the holders of Bitcoin. Chart by TradingViewAs we covered in August, September has historically been a volatile period for risk assets. The recent

In just over two weeks, BTC fell from a high of $52.9k to a low of $39.5k, mainly driven by massive liquidations in derivatives and panic selling from younger coins. It’s easy to look at the chart with a bearish bias considering the deep retracement and fear in the market. Still, the trend in fundamentals and on-chain metrics shows the underlying strength in the holders of Bitcoin.

As we covered in August, September has historically been a volatile period for risk assets. The recent turmoil can be expected after US stocks became extremely overextended to the upside, with uncertainty regarding monetary policy, the Evergrande debt crisis in China, virus concerns, and a rising dollar. Keep in mind, risk assets are highly correlated, making Bitcoin vulnerable to shockwaves in traditional markets, despite powerful fundamentals and on-chain data.

Large liquidations started cascades of forced selling and pushed BTC below a key rising trend line around $43.8k on a closing basis. Further risk-off in global markets triggered more liquidations forcing another $1B wipe out, pushing BTC to wick down to $39.5k, a key Fibonacci target, as shown in the chart below.

Price also dipped into the previous $30k to $40k trading range before wicking back up into the close. Although near-term bearish, these levels are being tested on an intraweek basis. The bulls need to hold the top of the trading range between $40k to $41.3k on a weekly closing basis to protect the larger market structure. A weekly close below $41.3k to $40k could invalidate the technical breakout out of the trading range, significantly increasing the risk of further downside.

So far, the Elliott Wave structure is suggesting this pullback could be a Wave 2 corrective move after an 80% rally to complete Wave 1. Corrective waves are a 3-wave push to the downside, which BTC has been following so far. It will take some time to confirm, but the structure strongly suggests this is a Wave 2 pullback. Wave 3 is usually the largest wave to the upside, suggesting potential all-time highs if price action is strong.

It’s important to note, derivatives markets can add significant volatility to spot BTC prices. Although participants can track metrics such as funding rates, open interest, and leverage ratios, liquidations can happen at any time, which can trigger large cascades of forced selling, catching the market by surprise.

With BTC trading in the low 40s, it’s important to see prices start pushing higher to recover $45.8k, near the critical 200-day moving average. Reclaiming the rising trend line around $43.8k would also be a near-term positive signal.

Ideally, it would help to have certainty return to the market, especially regarding Evergrande and Fed monetary policy. Any good news could flip sentiment to bullish, and the risk on trade could resume.

When these liquidations happen, retail and investors holding younger coins tend to panic sell, adding further selling pressure to the market. So far, on-chain data has shown most of the selling has come from liquidations and younger cohorts selling while long-term holders, miners, and entities holding older coins continue to HODL.

Most selling is coming from 3 to 6-month, 1 to 3-month old and younger coins. These participants mostly accumulated above $50k and have been realizing losses as BTC plunged to $39.5k.

BTC miners in aggregate continue to hold with reserves maintaining current levels of around 1.845 million BTC. Daily miner outflows to exchanges to sell remain low, indicating miners have no intention of selling large amounts of BTC at current prices.

ASOPR which tracks the profitability of the overall market has dipped back below 1 on a closing basis, meaning the market is currently trading at a loss. More importantly, LTH SOPR remains above 1, meaning long-term holders are still in profit despite the drawdown. STH SOPR is below 1, which confirms younger coins are being sold at a loss.

Historical data using the SOPR metrics have shown bear markets occur when the LTH SOPR is consistently below 1, meaning long-term holders are at a loss. It’s important to note the LTH SOPR remained above 1 during the entire 55% crash from $64.8k to $30k, a strong signal this is a mid-cycle pullback rather than a bear market.

The Mean Coin Age metric by CryptoQuant continues to trend higher, strongly suggesting long-term holders continue to hold and accumulate. During bull markets, they distribute aggressively as price appreciates and continue to distribute as BTC enters a bear market. This occurred during the 2017 bull market peak and the beginning of the 2018 bear market, causing the Mean Coin Age to trend lower as long-term holders continued to distribute.

Despite this month’s drawdown, mainly from macro risk-off and large liquidations, the overall trend in fundamentals and on-chain for BTC remains firmly bullish. This is because the long-term holders and miners which own the majority of supply continue to hold and show no interest in selling these drawdowns.

The near-term volatility will likely continue as the global market attempts to navigate the uncertainty with fed monetary policy, economic data, and the Evergrande debt crisis. We can expect the price to catch up to fundamentals and bullish on-chain metrics once certainty comes back to the market.

Given the large dislocation between fundamentals and price, this dip could be a significant buying opportunity for investors looking to increase exposure to BTC.