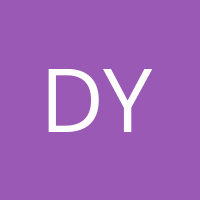 by
Danish Yasin
My articles My books
Follow on:
Summary:
[Featured Content] The decentralized economy allows everyone and anyone to create their projects, and tokens and decentralized launchpad platforms are there to help these projects launch successfully. Every day, hundreds of projects launch their presales, but some of them fail owing to a few inadequacies of the token platforms, rug pulls by the projects, and lack of token lockers. This makes it very difficult to find the right launchpad that will serve both investors and project owners. It is for this purpose that Cardence, a decentralized IDO platform, was launched – and aiming to resolve. About Cardence Cardence is a Cardano-focused multi-chain decentralized presale platform creating a trustless fundraising ecosystem for carefully vetted projects. It describes itself as

The decentralized economy allows everyone and anyone to create their projects, and tokens and decentralized launchpad platforms are there to help these projects launch successfully.

Every day, hundreds of projects launch their presales, but some of them fail owing to a few inadequacies of the token platforms, rug pulls by the projects, and lack of token lockers.

This makes it very difficult to find the right launchpad that will serve both investors and project owners. It is for this purpose that Cardence, a decentralized IDO platform, was launched – and aiming to resolve.

It describes itself as “the world’s first decentralized launchpad to offer the release of tokens via a vesting schedule, whitelisting project participants, the guaranteed participation of everyone on its platform, among several other things.”

Cardence is currently running on Binance Smart Chain (BSC) and will soon launch on Ethereum, Polygon, KuCoin Community, Solana, and of course – Cardano.

The project is already listed on PancakeSwap. In regards to its initial exchange offering, the team told us that it was sold out in 90 seconds, and it took place on Bitmart. Consequently, the token is also listed on Bitmart, Indoex, and Latoken.

Using its innovative features, Cardence aims to solve most of the pressing issues that several other decentralized presale platforms have not been able to solve. Some of its features include:

Cardence is creating an initial DEX offering (IDO) launchpad for carefully vetted Cardano projects. The platform will serve as an accelerator, enabler, and incubator for only top-of-the-class projects that are set to launch on the Cardano platform.

Only the best projects that qualify the platform’s strict requirements and community votes can be launched.

To protect the interest of investors, Cardence has a feature that allows the release of tokens based on a vesting schedule.

Vesting is the process of locking and releasing tokens after a stipulated time. Often, the presale investors are given tokens at a significantly lower rate, and they tend to dump the tokens once it is listed on the secondary market (on exchanges), thus hindering the growth of the project.

However, applying the vesting schedule will ensure that the tokens are released gradually, and that team members and other token holders fully commit to developing the projects and holding the tokens, which establishes confidence in the project for prospective investors.

The vesting schedule for the release of tokens assists in preventing price dumps once the tokens are listed.

Newly launched projects often find it very difficult to market their products. Cardence brings a solution to this problem by introducing its ‘Viral Marketing’ technique that seeks to utilize word of mouth.

The platform incentivizes users to market a project by rewarding them for referring other investors to the project. Cardence states that it is the first presale platform in the world to facilitate this trustless affiliate marketing technique.

Cardence is one of the few decentralized presale platforms that support this feature. The platform whitelists investors’ wallet addresses and allows only those participants in a sale.

This feature comes in handy, especially in a situation where a project is running private rounds, it ensures that only identified investors can participate.

Cardence has one of the most advanced locker apps available to store tokens in time-locked vaults. This feature allows for the locking of team tokens and their release according to a vesting schedule.

It also allows for time-locked bulk distribution of the tokens.

Not everyone can code, although a large number of people would want to create their tokens. This limitation often restricts token creation and project launch to only those who can code.

Interestingly, Cardence has a Smart Mint feature that it describes as one of the “World’s most advanced token minting service capable of creating fully customizable tokens for the most popular platforms without writing any code.”

This means that Cardence users can create new tokens without writing a code. This feature is initially going to focus on the Cardano network, and the tokens will be fully customizable.

The platform also plans to integrate ready-made token templates that can be used to instantly create new tokens.

Like many crypto projects, Cardence has a native token trading under the ticker “CRDN.” It is created with the BEP-20 token standard and has a supply cap of 50 million tokens.

While Cardence is a relatively new platform in the IDO market, having just launched earlier this year, it has several features that make it stand out.

The platform offers advanced features that are set to safeguard both the interests of investors and that of project owners in the crypto and blockchain space.