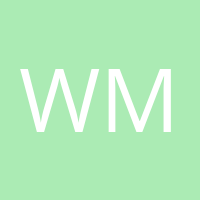 by
Wanguba Muriuki
My articles My books
Follow on:
Summary:
All technical indicators convinced commentators that Ripple’s XRP has taken on a bullish path after the Supreme Court of India reversed a bitcoin ban imposed by Reserve Bank of the country.Currently, Ripple‘s XRP is following a bullish path that has formed above the %excerpt%.2320 support zone. It attempted to break the %excerpt%.2380 resistance level, but it failed. For now, the XRP price has corrected lower below the %excerpt%.2350 handle and the 100-hourly simple moving average (SMA). A low has now formed near %excerpt%.2303, and the price seems to have taken another upward trend.It is trading around %excerpt%.2391 at the moment after breaking above the 100-hourly SMA. Additionally, there was a break above the 50% Fib retracement level of the previous decline from the %excerpt%.2381 high to %excerpt%.2303 low. The consolidated token

Nick Marinoff writes Elon Musk: I Never Forced Anyone to Invest in Crypto

Nick Marinoff writes Will October Be a Big Month for Bitcoin?

Elon Musk: I Never Forced Anyone to Invest in Crypto

All technical indicators convinced commentators that Ripple’s XRP has taken on a bullish path after the Supreme Court of India reversed a bitcoin ban imposed by Reserve Bank of the country.

Currently, Ripple‘s XRP is following a bullish path that has formed above the $0.2320 support zone. It attempted to break the $0.2380 resistance level, but it failed. For now, the XRP price has corrected lower below the $0.2350 handle and the 100-hourly simple moving average (SMA). A low has now formed near $0.2303, and the price seems to have taken another upward trend.

On the downside, three notable bullish trend lines have formed with support pegged at $0.2330 on the hourly chart. If a bullish momentum arises above the $0.2380 level, the wave may push XRP past the $0.2400 and $0.2420 resistance levels.

A sustainable break above the $0.2420 resistance area will highly likely confirm a bullish break. If that happens, the price will rise higher towards the $0.2500 and $0.2550 levels in the short term.

Is There Another Rejection for XRP?

If XRP fails to break above the $0.2400 resistance levels, it may plunge again with its first strong support found near the $0.2340 level and the 100-hourly SMA. Any form of a bearish break below the 100-hourly SMA and the bullish trend line located at $0.2320 may result in accelerated drops towards $0.2300.

India’s Crypto Ban reversal could be big for XRP

As we highlighted earlier, the Supreme Court of India decided to allow crypto trading after a two-year crypto ban imposed by the country’s Reserve bank. Although this is a significant development for all digital assets, some commentators believe that the ruling may have a significant impact on XRP.

If the effect is positive, it will boost the morale of investors since XRP has been struggling in terms of price action in the last few years. The reversal on the ban by India will help everyone in the market ranging from the market leaders to the small altcoins that very few people know about.

Could This Reversal Prove Bullish for XRP?

The decision by the Supreme Court to reverse this ban is expected to be bullish for XRP, according to a renowned industry commentator and trader Credible Crypto. He said:

“Regulatory clarity was the final piece of the puzzle that was holding Ripple back from going after the Indian remittance market aggressively. Great for XRP.”

The regulatory clarity that surrounds cryptos will lessen fears that using a crypto-based international payment system like Ripple’s On-Demand Liquidity system is a perfect solution. Clarification sessions are expected to follow the upcoming hearings of the Supreme Court.

This reversal comes at an important time when Ripple is undergoing a push for the adoption of many of its products. Some of the products that Ripple is pushing for adoption include ODL. This product uses XRP as a viable bridge currency existing between institutions and fiat currencies.

For now, the company has successfully begun to implement this product into the East-Asian market space. This region seems to be in need of a reliable remittance service provider, which makes India the next logical step.

Gabor Gurbacs, VanEck’s digital asset strategist, recently responded to the Ripple CEO Brad Garlinghouse, for his criticism directed towards Bitcoin and Ether for using too much energy. He said that the wastefulness of proof-of-work coins must be considered as a top priority on the climate change agenda.

His shot at Bitcoin rubbed many shoulders badly with Bitcoiners accusing Ripple of benefitting from its XRP sales. Garlinghouse recently admitted that Ripple would not be profitable without selling XRP tokens. He said that despite the blockchain company’s efforts to prove that it is unrelated to XRP. XRP is pre-mined crypto with a high level of wealth inequality. On the other hand, BTC is backed by the energy needed for minting new coins.

Gurbacs says in a tweet that Bitcoin’s energy consumption is an important feature. Energy consumption is necessary for making the network decentralized and secure. According to him, banks also use a lot of energy. Despite all these ‘noises,’ Garlinghouse is long on Bitcoin. He says that the crypto could succeed as a store of value in the long term.

Wanguba Muriuki is a content crafter passionate about putting everything into writing. He is passionate about Blockchain and Traveling. He is also an experienced creative and technical writer. Everything and everyone has a story to tell. What better way to capture the real story than in words.