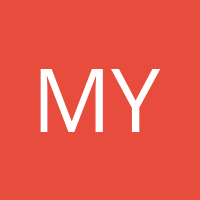 Rick Rieder: Millennials Are The Reason for BTC’s Recent Growth

Could the Bitcoin Market Cap Reach $1 Trillion? Some Analysts Think So

The maiden halving event will cut the Zcash inflation rate from 25% to 12.5%, which is significant because the privacy-focused altcoin has been hampered by high inflation since its inception in 2016.

A series of halvings every four years beginning with today’s one in around six hours’ time which will decrease inflation substantially. Zcash block rewards will also be cut from 6.25 to 3.125 ZEC per block.

Messari crypto noted that it will also undergo its fourth network upgrade, which could provide up to $70 million in funds to developers over the next four years.

Tomorrow, Zcash will undergo its first halving which will drop its inflation rate from 25% to 12.5%.

It will also undergo its fourth network upgrade, which could provide up to $70M in funds to developers over the next 4 years $ZEChttps://t.co/RYtSqogvsu

Zcash uses zero-knowledge proofs that allow transactions to be verified without revealing the sender, receiver, or transaction amount. Additionally, it enables the storing of assets privately, not just transacting them privately.

Earlier this year, Zcash was the subject of a research paper which aimed to explore the extent to which the privacy coin is used for illicit or criminal purposes. Monero remains the top coin for hackers and cybercrime and the study found no evidence of widespread illicit use of Zcash.

However, that has not prevented major exchanges, especially in South Korea including Zcash as part of their privacy coin culls.

ZEC was momentarily worth more than Bitcoin at the time of its hype fueled launch but prices have collapsed since along with the majority of other altcoins that are of similar age.

Industry observers suspect that this downward price action has been a result of miners selling their newly mined ZEC as it suffered extremely high inflation in the early days. It is hoped that Zcash’s first halving could provide important relief in this respect as miners may not be forced to hold prices down.

At the time of press, ZEC was trading at $65, flat on the day but up around 11% over the past week. Popular crypto twitter member ‘Squeeze’ noted the lack of price momentum,

“Pouring one out for $ZEC’s first halving event in 23 hours with no price impact,”

Zcash prices made their yearly high for 2020 in August trading just below $100 so that remains the current target for recovery. During the 2017/18 crypto bubble, they surged to almost $900 so this privacy coin has a long way to go on its path to the reclamation of former glory.

My articlesMy books
Follow on:
Previous DDoS Attack Against Brazil’s Electoral System Costs $1000 in Bitcoin (BTC)
Next Bitcoin Price Swings $1,000 in Minutes Following a Shot at $18,000