Home / Blockchain / Is Artificial Intelligence Poised to Come of Age?

Is Artificial Intelligence Poised to Come of Age? 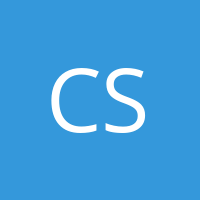 by
CoinSpeaker Staff
My articles My books
Follow on:
Summary:
Once AI has transformed into a lifelong-learning system across industries, individual users and big corporations alike will notice its more than dynamic insights.Artificial Intelligence (AI) in 2020 and beyond, with its seemingly limitless potential, is set to transform the world – or is it? To fully embrace and reap the rewards of this futuristic technological trend, industries as far afield as a business forecasting and online gambling security, predictive maintenance and customer service will need to identify a clear strategy of AI’s inherent value for each of them.The answer may lie in AI’s many nuances. For example, is your software able to learn new stuff on the fly? While at the National Aeronautics and Space Administration (NASA), neural network software expert Max Versace began to


Nick Marinoff writes Will Bitcoin Top ,000 In the Next Three Years?

Once AI has transformed into a lifelong-learning system across industries, individual users and big corporations alike will notice its more than dynamic insights.

Artificial Intelligence (AI) in 2020 and beyond, with its seemingly limitless potential, is set to transform the world – or is it? To fully embrace and reap the rewards of this futuristic technological trend, industries as far afield as a business forecasting and online gambling security, predictive maintenance and customer service will need to identify a clear strategy of AI’s inherent value for each of them.

The answer may lie in AI’s many nuances. For example, is your software able to learn new stuff on the fly? While at the National Aeronautics and Space Administration (NASA), neural network software expert Max Versace began to build AI models that could learn throughout their lifespans. Called “lifelong deep neural networks” (lifelong DNNs), they were embraced as a massive advance on the traditional and rather restricted, DNNs – which could only learn once, just before they got deployed.

According to Versace, the human being is an amazing example of a dynamic and ongoing learning-enabled machine. Us humans definitely don’t stop learning at the conclusion of our tertiary education; it would prove way too confining to live out the remainder of our lives (50 or more years) devoid of any further knowledge or skill acquisition.

But a challenge faced by the programmers is just how tough it could prove to predict the level of flexibility, and/or adaptability, they will need to build into an AI algorithm for it to remain ahead of any significant competitors. Say, for example, a user’s cheat-detection software – and that of a casino (online or otherwise) – are constantly in competition. If the user’s software advances significantly, the checks and balances that have been put in place to protect other users from the likes of data hackers, credit card fraudsters and futuristic risks (which we probably are not yet aware of) could be severely compromised.

This is because an industry that is truly harnessing the power of what’s called “the edge” (or, the local storage of evolving data) will no longer be programming AI software narrowly, before deployment, to be stored at a vast distance “in the cloud”. In essence, creating a local storage point will serve to allow the faster retrieval of data, reduced costs and greater security – just imagine Amazon Alexa’s dynamic processing happening right at home on your local Echo device.

Perhaps, the most high-level example of edge computing in current times is the self-driving car. Because of the restrictions of latency (the delay, before a transfer of data begins, following an instruction for its transfer); privacy (enhanced by encryption and storing biometric information on a device, instead of in the cloud); and bandwidth (the maximum rate of data transfer across a given path, where – for example – important camera footage is stored while the rest is discarded), it would be almost impossible to direct all of such a vehicle’s in- and outputs into the cloud and then to sit back and wait for feedback.

In fact, if you’ve been following Elon Musk’s headaches and joys at Tesla, you’ll know that user responsibility has fallen away almost completely; so the self-driving vehicle must be managed at the coalface, with cloud support taking its place to facilitate the necessary future algorithm improvements, only.

However, this evolution of lifelong learning will see the big IT overlords (from Google, Amazon and Microsoft, to IBM and Apple) controlling significantly more of our daily comings and goings than they ever have in the past. Many of us will find this potential future – in which we are forced to sit back and make fewer decisions – much less stressful than the present day; while other individuals may find it difficult to relinquish that level of control. The lyrics of Electric Light Orchestra’s 1981 pop track “Yours Truly, 2095”, questions how we will feel about AI once it has progressed that far: “Is that what you want, is it what you really want”?

As efficient as life may become when software updates, for example, complete themselves, the human element – which personalizes what we really want and need on a day-to-day basis – will continue to be sadly lacking. ELO reflects this sentiment in the following two verses of the same track:

“She’s only programmed to be very nice,

But she’s as cold as ice, whenever I get too near,

She tells me that she likes me very much,

But when I try to touch, she makes it all too clear.

She is the latest in technology,

Almost mythology, but she has a heart of stone,

She has a jumpsuit on, and she’s also a telephone.”

Versace, who now runs deep learning neural network software company, Neurala, and is founding director of the Neuromorphics Lab at Boston University, says that a shift from traditional DNNS to Lifelong-DNNs would allow the AI-powered computational edge to adapt and learn continuously – as new data is processed.

He advises that once the former restrictive mindset is shed, users will begin to interact with the edge and will select, and add knowledge, that they experience as particularly valuable. Individuals and companies who are keen to make use of, and get ahead with, the impetus offered by lifelong DNNs, will need to have a decided focus on both quality control and training protocols.

Indeed, it is the type of AI that can learn “at the edge” that will shift life on the planet for good – raising AI up to truly serve its ultimate purpose. Just like in the animal kingdom, the survival of the fittest is going to be a deciding factor.

The following four factors continue to hold back large enterprises when it comes to embracing AI to its fullest. They are:

As big corporations solve their AI challenges, the ways in which such software can be used will open up. Examples include:

In conclusion, it is clear that AI can surpass all expectations in terms of serving customers, improving business and efficiency metrics, scaling without adding staff members and, above all, providing deep insights with the use of organizational data.

It is important to remember that the advances in tech that we are seeing today are just a smattering of what will be available by tomorrow. But let’s hope AI’s golden age, which will bring about GDP growth of 26 percent or $22 trillion by 2030, will see the unskilled labor force (especially in third-world countries) receiving the training needed to move up the ranks to an extensively IT-skilled labor tier.